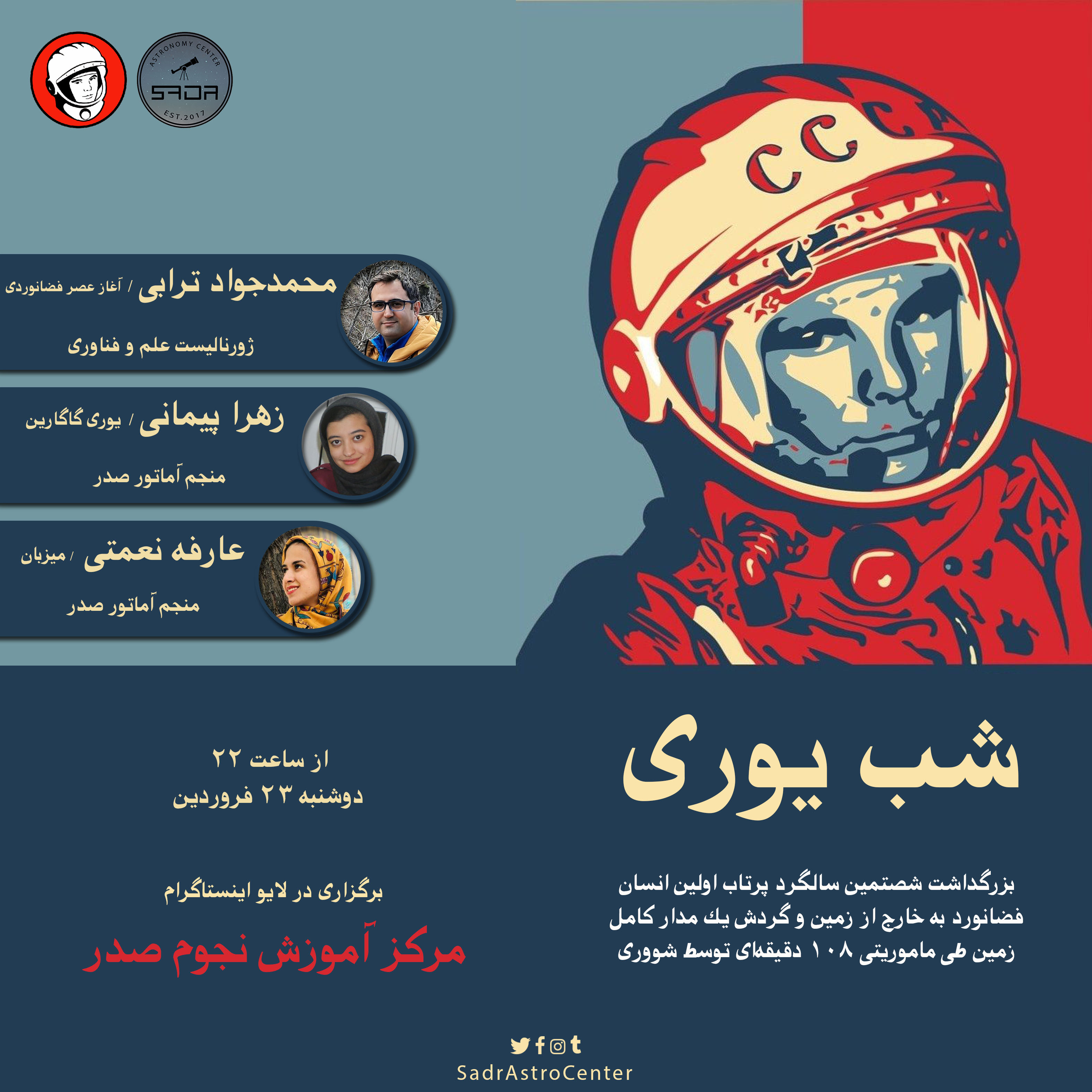 Yuri’s Night is an international celebration held every April 12 to commemorate milestones in space exploration. It is named for the first human to launch into space, Yuri Gagarin, who flew the Vostok 1 spaceship on April 12, 1961. The launch of STS-1, the first Space Shuttle mission, is also honored, as it was launched 20 years to the day after Vostok 1, on April 12, 1981. In 2011, Yuri’s Night was celebrated at over 567 events in 75 countries on seven continents. Yuri’s Night is often called the “World Space Party”.

To register for this event email your details to nojoomsadr@gmail.com

What is Yuri's Night?

Yuri's Night is the World Space Party. Every year on or around April 12th we celebrate all that humanity brings with us as we explore the cosmos: music, art, science, culture, and each other! We use space to bring the world together, to empower the greatest parts of who we are, and give vision to where we are going. Join us and rock the planet by planning an event or finding an event. We'd love to hear from you! Drop us a line at [email protected]

Sign up for Yuri's Night newsletters. We send one every few months, but more around April. Your email is confidential; we won't sell it. And we never spam.

Your contribution empowers the Yuri’s Night team to continue its mission to bring humanity together to dream about where we’re going, exploring where we are, and celebrating where we’ve been. As a 501(c)3 nonprofit, your donation to Yuri’s Night may be tax deductible. View our GuideStar profile →

Log in
View my event dashboard
Add an event